In the early days of smartphones and the mobile web, users were generally forced to simply look up large, unwieldy desktop sites on their mobile browsers. These sites often took a prohibitively long time to load and were often hard to navigate on smaller mobile screens. It was not long, however, before web developers began to genuinely focus on making a more legitimately mobile friendly website for consumers and clients attempting to access information on-the-go. 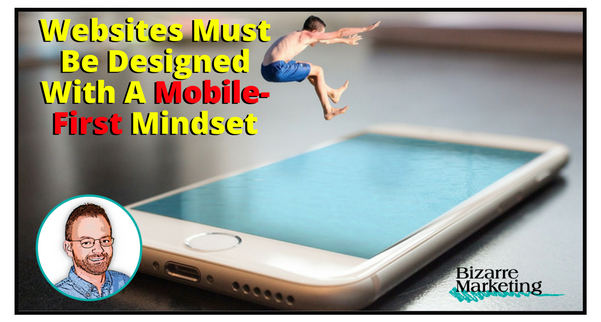 In the early days of developing these mobile-friendly sites, however, developers often simply pared back the content available on a desktop site to only the minimal information they felt like users on the go were actually hoping to access. While this made their sites easier for mobile users to navigate, it also made them content poor, with many features still only available via the desktop site.

In 2014, the global number of mobile users exceeded the number of desktop users for the first. In 2017, more than 40% of the population were “mobile only” users and that number is expected to climb to more than 70% by 2021. Google is rolling out a mobile-first index that will be weighted heavily in favor of sites that provided the same amount of content to mobile users as they did to those accessing desktop sites.

All of this adds up to an increasingly clear picture that website design that is merely mobile-friendly is no longer viable and a new age of mobile-first is on the rise. With a new era, a dawning of users accessing sites predominantly from their mobile devices, developers must find ways of providing the same content-rich sites to mobile users as to desktop users.

One of the challenges that mobile developers face is that mobile devices vary in a wide variety of ways. From bandwidth speed to screen size, mobile content must be tailored to work well on a wide variety of devices. The good news, however, is that while tailoring content to mobile devices is harder, mobile content translates better to desktop devices than desktop content translates to mobile devices. By adopting a mobile-first strategy, you essentially do the hard work first with the easier work following behind. Developing a mobile-first approach often simply means flipping the way in which website design is imagined, without necessarily making it more complicated.

One of the primary keys to mobile-first design is streamlining content while still making a full range of content accessible on-the-go. Drop down lists and menus are probably the best friends of a mobile-first approach to a truly mobile-friendly website. You can still provide the same amount of content on a mobile site as a desktop site by compartmentalizing the content more on the mobile site with a greater range of drop-down lists and menus. Conversely, drop-down lists for tasks like filling in forms work just as well on a desktop site as on a mobile site.

Your website is one of, if not the most important aspects of your marketing. We have heard it all here are Bizarre Marketing, “I don’t need a website I have a Facebook page” is one of the most common misconceptions we here. We construct powerful websites that show off your brand and all the benefits you have to offer, with strong calls to action that turn prospects into customers.

This site uses Akismet to reduce spam. Learn how your comment data is processed.

I have been using Bizarre's services for years, and it's a pleasure to work with Tim. He is a true professional and has become a friend along the way in support of my non-profit organization. His promotional items and printing services are top-notch. Thanks, Tim, for making us look so good :-) !

A big thank you to Tim and the entire team at Bizarre Marketing. We switched to them after an unsatisfactory experience with a competitor and we are very thrilled with the end result! We'll definitely be using Bizarre Marketing in the future and highly recommend them.

I met Tracy Hill at a networking event over a year ago and now cherish our relationship! She is the ultimate professional with a passion for helping other businesses grow. Her follow-up is second to none! Tracy is always searching for new ideas and opportunities for her clients. I highly recommend Tracy and Bizarre Marketing for your promotional items!

Thank you Tracy! It's great to have you as a local resource for my marketing items. Ordering couldn't have been easier and I appreciate your follow up. Jerry

Tracy Hill is wonderful, and is a great resource for all business owners. Tracy helped me get Style Books with my logo embossed on them, and I couldn't be happier with them. She worked with me and the vendor to make sure everything was perfect. Her customer service and follow-up was wonderful. I would highly recommend working with Tracy to any business owner needing marketing materials/promotional products!

Tim: Just like when one of my gift baskets arrives and you're so excited when you open the box and you're seeing something magical for the first time--that's how I felt when I saw those magnets. You did a fabulous job!

I would like to thank Tracy Hill for a fantastic job. I had a huge networking event fast approaching and I needed promotional items for my vendor table. Tracy was able to recommend several options and cleaver ideas. We were able to place my order and I received the items in time for my event. I ordered pens and they look amazing.

I would highly recommend Bizarre Marketing and I would definitely recommend Tracy, she is the BEST!

I am so happy with my pens and business cards. I was like a kid in a candy store when I saw my pens (pink no doubt). My business cards are amazing - I finally got official cards with my logo, no more generic cards (they served their purpose). Tracy Hill was my representative and she is the absolute BEST! She helped me with ideas for an upcoming event and ensured everything would arrive on time for event.

Thank you Tracy for helping me with our health fair. The Large insulated bags were a hit and are of very high quality. The pin wheels with our name on the handle were a hit as well with the children and the parents.